The final step in Caltrans’ repaving project for Highway 116 through Sebastopol has been lane-striping; the included bicycle lanes fulfill part of the City of Sebastopol’s Bicycle and Pedestrian Improvements Plan.

These lanes, which have been painted bright green for visibility, are the same as any other bike lane. What may confuse some folks who haven’t seen them before are the broken or dashed green lines. These indicate the zone where bikes and automobiles may cross each other. 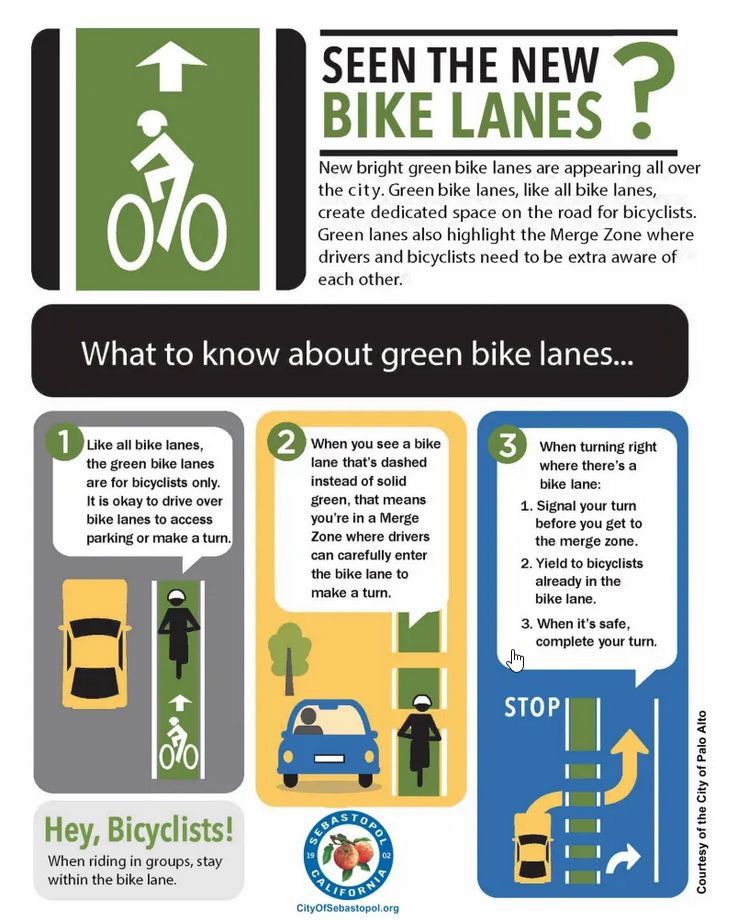 An educational event was held on September 21, 2018 to introduce the green lanes.  A video was made as shown below.